Home - It’s Now Easier Than Ever To Work From Home

It’s Now Easier Than Ever To Work From Home

One of the biggest supporters for working at home, at least some of the time, is Yahoo. The company’s move last year to allow workers a flexible schedule of working from the office and home has made a lot of other companies consider this option. 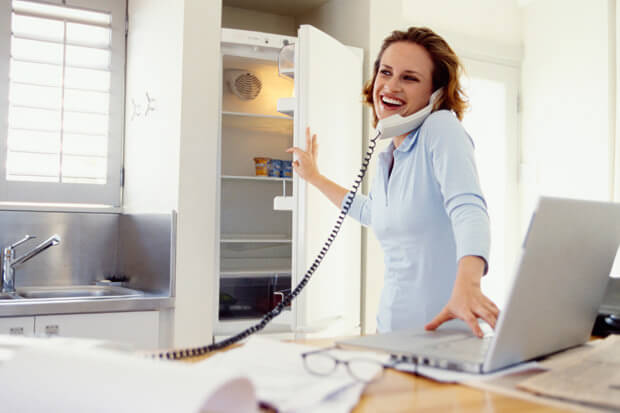 The fact that working from home is becoming more acceptable and popular benefits a lot of different people in many stages of life. For one, it affects people with disabilities that might have a hard time getting to work, commuting and accessing the office. It is also good for new parents who want to balance work with home life. Allowing people to work from home in this situation would help them to cut costs on commuting and child care during the day.

And according to recent statistics, seven out of ten older workers plan on continuing to work after retirement, and working from home could be a perfect solution for them as well when trying to freelance after retiring from the workforce.

More and more job sites are coming out that focus on these types of jobs that allow some or all work to be done from home. The most popular one currently is FlexJobs.com, which lists only job offers that include some type of work from home schedule. The site has seen an increase of 120 percent in the number of jobs posted on its website over the last year that offer remote and telecommute working options.

With this increase in demand for such jobs, it can be concluded that if you’ve wanted to work flexible working hours from home and the office, now is a great time to start looking for just a just. Most of the statistics show that the number of people working from home is going to steadily increase as Internet connectivity becomes more readily available around the globe and cheaper.