Is Telecommuting A Reasonable Work Arrangement?

The U.S. Court of Appeals in Ohio had to decide whether a telecommuting arrangement could be a reasonable solution for a worker who suffers from health problems. Specifically, in the case Equal Employment Opportunity Commission v. Ford Motor Company, the court had to determine whether Ford’s employee Jane Harris could be provided with such a working arrangement. 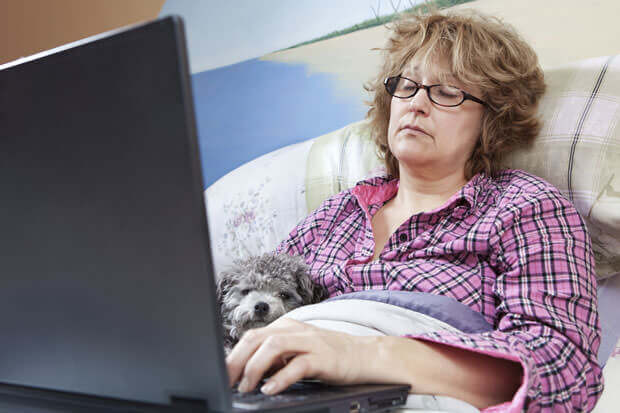 The court ruled in her favour. Namely, Harris, who worked as a resale buyer suffered from irritable bowel syndrome (“IBS”) that began to worsen. At times she was unable to get up from her desk without soiling herself. Because of that she asked to work from home.

She was granted a flex-time telecommuting schedule on a trial period. However, the company wasn’t satisfied with her work, stating that she wasn’t able to “to establish regular and consistent work hours.”

Harris worked on evenings and weekends in order to keep up with her work, but Ford claimed that it couldn’t replace the work done during regular business hours. The company also said that she missed deadlines and made mistakes because she couldn’t get in touch with Ford’s suppliers when she was working outside of business hours.

Harris asked the company to occasionally telecommute since other byers worked from home one day of the week. Ford’s telecommuting policy authorized employees to work remotely up to four days a week but stressed that such arrangements were not appropriate for all positions and workers.

Ford denied Harris’s request, concluding that she wasn’t suitable for telecommuting. As an alternative, Ford offered to move her office closer to the bathroom or find her another job that would be more suitable for at-home work. When Harris filed a complaint based on discrimination, the company put her on performance improvement plan. Finally, Ford terminated Harrison’s employment.

On court Ford claimed that Harris’ presence was necessary at work because the “essence” of her job was group problem-solving with other workers and suppliers. Although they provided evidence that she needed to be in her office during business hours, the court noted that technological advancement enabled employees to perform their work duties from home.